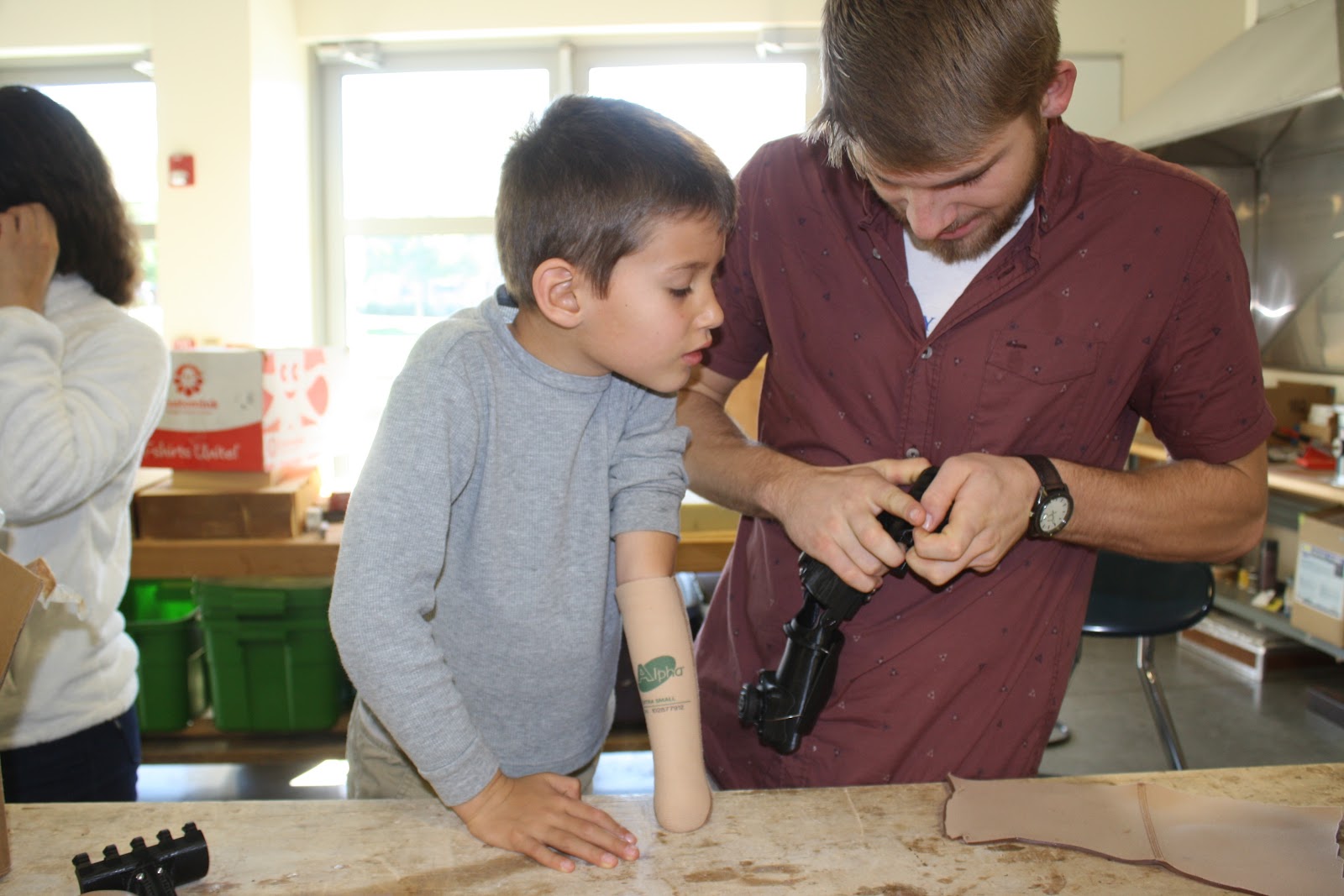 We have been given the opportunity to change the life of a local seven year old boy. He was born with a partial left hand and is in need of a multifunctional prosthetic hand. We have now been working with him for over a year and our designs have gone through many iterations to support his needs of doing everyday activities, and most recently riding a bike.

The project officially began the last week of November 2015, and concluded with the first functional prototype hand off in June of 2016. Due to the unique requirements to meet the needs of a growing client, we have extended the project into this year to make further improvements and advancements. We were able to receive more feedback on our last prototype of the hand, and have started to make more improvements for that everyday prototype. However, we have realized that Levi would prefer to have a prosthesis that allows him to do something exciting, like ride a bike. After this realization we were able to work incredibly hard to produce a functional prototype that we delivered with Levi within two weeks. We were lucky enough to try this out and watch Levi successfully ride a bike for the first time ever. For the future, we are going to continue to make improvements based on feedback, and continue to create attachments like the one for the bike. We would also like to submit our designs to an open source project so that other kids can use these attachments.

I am a Biomedical Engineering student with a Mechanical Design concentration. I am currently in my senior year and planning to graduate Fall 2017. I was born in New York but grew up in a small Mediterranean island called Cyprus. I moved back to the US to complete my undergraduate and graduate degrees and would like to stay here permanently to continue building prosthesis for children and adults. I transferred to Cal Poly after completing my first two years at a community college. I chose Cal Poly because of the QL+ lab and because I believed that this would be the best place for me to get a hands on education. I was interested in prostheses from the very beginning and joined the QL+ club my first quarter here, which is when I also got the lead for the Hand4Levi project. It has been a very rewarding project so far, our first prototype was successful but we want to make this hand as robust and easy to use as possible so we are working on making a few adjustments as well as building a bike attachment for Levi to ride his bike.